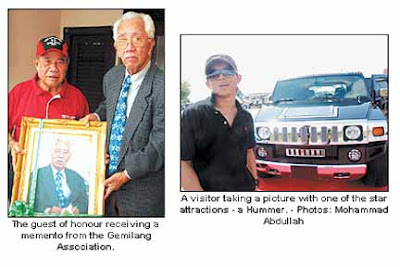 By Mohammad Abdullah
The three-day Tutong Motor Carnival at the Civic Centre in Tutong ended yesterday after hundreds of visitors had flocked to the event.

The event, organised by the Persatuaan Gemilang Daerah Tutong (Tutong District's Gemilang Association), also saw bands entertain the crowds, especially their young fans who came out in force, during the day and night.

Major car dealers as well as motorcycle dealers, who showcased their vehicles at the carnival, were pleased with the turnout and support the public and the associations had given them over the past three days.