Tanjong Maya, Tutong. 8 June 2008 - It was indeed a sunny and excellent day for Gemilang 4x4 members to take sometime out for an offroad ride. Members grouped at Pachi Machi at 9 am with a quick Teh Tarik and Roti Kawin, and soon off they went to the interior. Members went to several places at Bukit Udal and Kukob area to refresh their skills and knowledge on four wheeldriving. It was also an opportunity to lookout for new training areas. Few areas were earmarked for potential new training areas. The upcoming Basic 4WD Training is on Sunday 15 June 2008. These are some of the pictures taken by V8 AYN and ALWI. 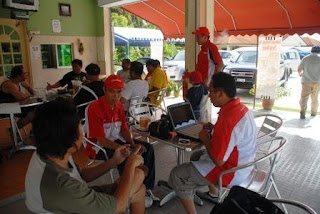 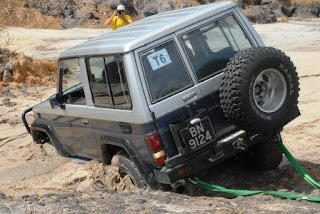 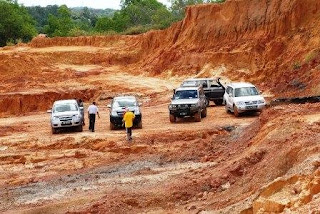