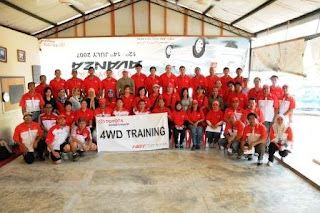 It is nice to have a four wheel drive vehicle. Especially a Toyota Hilux, Fortuner, Prado, Land Cruiser and so on. If you fully understand and use its capability to your advantage, you are miles steps further. That’s the aim of the NBT 4WD Basic Training conducted by Gemilang Association Tutong. 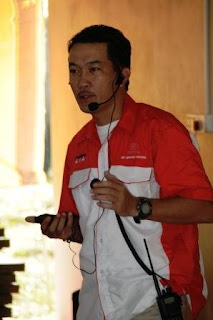 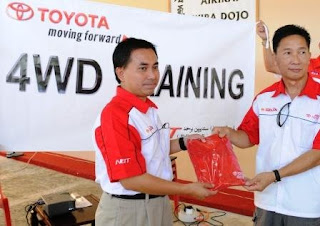 Subsequently, participants observed a demonstration of the Pre-departure checks and wheel changing procedures by Romeo Idung and other instructors. Participants took the opportunity to get hands on practice on the procedures. 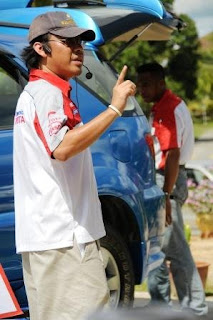 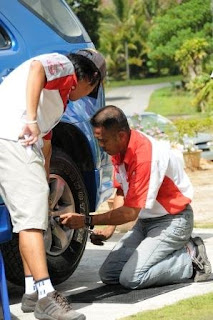 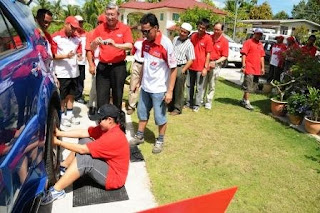 Participants pratice
Participants then learned driving techniques on Sand, hilly and mud terrain at the training areas nearby. 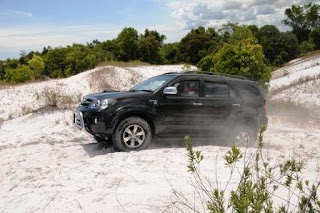 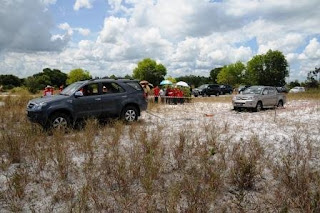 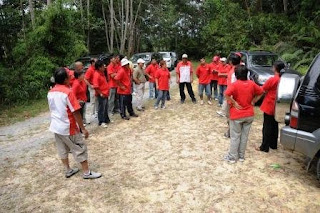 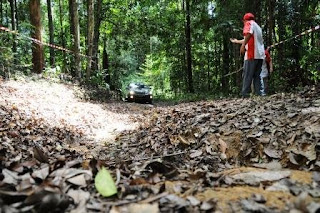 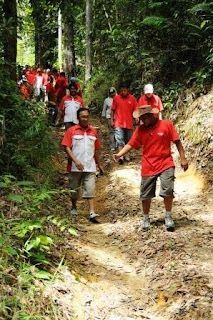 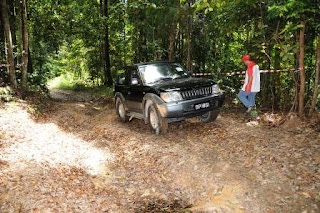 “I couldn’t believe I got through the route with my new 4wd Toyota Fortuner today. The loose sand and the rugged hilly and muddy ground could easily bogged down a vehicle. I won’t be able to go through this ground If I have not attended this training and with a normal car. I now understand what my new 4WD is capable of and the knowledge of 4WD”. These were the words of Shapur Nizam, who attended the training. Shapur owned a Toyota Fortuner and has a strong interest to further his understanding and skill of four wheel driving. He was really happy and thankfull as he was invited by NBT Toyota to attend the training. Not to miss the fun, Shapur was accompanied by his lovely wife. 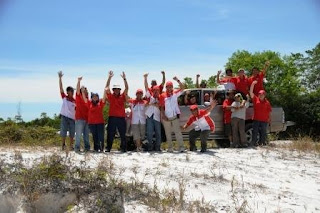