Labuan, January 10 : Persatuan Gemilang Daerah Tutong (Gemilang) through Gemilang Radio and BARC on Saturday signed a Memorandum of Understanding (MoU) in the field of Amateurs Radio to further strengthen cooperation between the two associations. 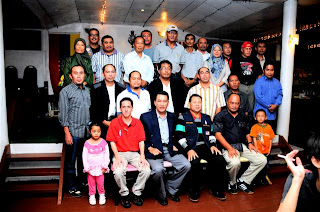 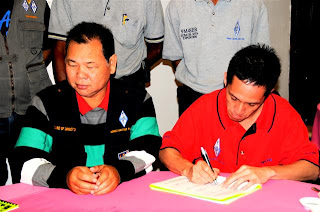 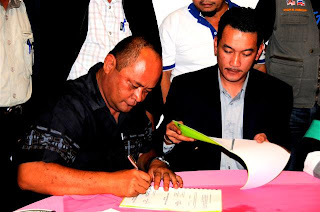 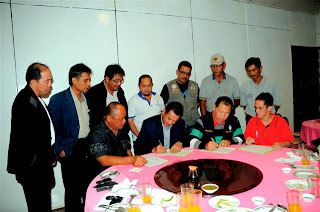 The MoU is quite comprehensive and provides developing, promoting and enhancing Amateur Radio activities for encouraging cooperation towards knowledge sharing and also to compliment each other’s activities in areas of common interest and ultimately achieve their own organizational goals.The cooperation envisaged in the MoU is expected to be mutually beneficial for the two associations and also lead to render support and technical assistance in their areas of expertise to each other, through knowledge and experience sharing on a best endeavor basis.

Among other things, the MoU provides an avenue to organize activities of a social nature such as exchange visits, or sports meets with the aim to foster close friendship and ties between members of the associations.

Barely five years in existence, Gemilang has been able to produce new Ham Operators by running Amateur Radio classes in support of AiTi. Late last year. Gemilang has successfully installed its very own Amateur Radio Repeater. Apart from promoting amateur radio as a hobi amongst its member, Gemilang Radio is also active in giving support to schools and youth activities, such as rendering communication support to Primary School Cross Country event and giving awareness talk to the youth during the Motivational Camp. Gemilang Radio had pioneered the Amateur Radio Sport or the Amateur Radio Direction Finding in Brunei where the first of its kind was held in conjunction with His Majesty 59th Birthday celebration on August 7 at the Sungai Basong Recreational Park in Tutong.

In the other aspect, Gemilang is also enthusiastic in carrying out activities such as Photography, Four Wheel Drive and Paramotor. As multi-activities association,Gemilang has been able to maintain its existence in the country despite various other associations in the same discipline.
Posted by V89FA- Gemilang President at 1/24/2009 11:19:00 pm