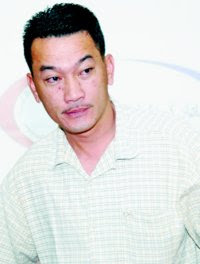 TUTONG
Monday, August 17, 2009
AN ASSOCIATION is looking towards the cultivation of Brunei's Laila rice as well as other investment projects, to rake in income in order for the association to sustain its activities.

At a briefing at the Tutong Community Hall yesterday, members of the Gemilang Association of Tutong District discussed the idea and reviewed the feasibility of such an undertaking.

The association's president, Hj Mohd Ayub Hj Suhaili shared how delving into rice farming would not only bring regular revenue for Gemilang but also support the nation's vision of achieving self-sufficiency.

"We should not overlook the importance of rice to the country," he said, while noting that Brunei's self-sufficiency currently stood at about three per cent.

"(The production of) Laila rice is a national agenda and everyone is taking advantage of the opportunity, so (in this way), we are also supporting the national agenda," he added.

One of the members of the association, Dr Hj Amzah Hj Abd Rahman, who delivered the briefing, highlighted the advantages of Laila rice over the traditional Pusu variety. He also said that the production of Laila was more profitable than other local varieties.

The association has already secured five 1.5-acre plots of land at the Tanjong Maya Consultative Council padi field. Dr Hj Amzah said that procurement of buildings and equipment would cost an estimated $15,000, while operational costs and initial investment would bring the total expenditure to about $25,000.

However, he said that the annual profit made from the farming of Laila was predicted to be about $10,000.

Other investment options were also showcased, including the proposal for members to follow a plan where they contributed monthly on a selected scheme and receive dividends based on their contributions.

However, the motions could not be adopted as only few of its more than 100 members of the association were present yesterday. However, they did propose to distribute a circular to all members to decide whether to approve of the suggestions or not.

The Gemilang president said that the association was currently an activity-based association. They carried activities such as photography outings, four-wheel drive expeditions and conducted lessons for amateur radio licenses. The association gained revenue from these activities but they were "seasonal", Hj Mohd Ayub said.

"We want to start generating income on a regular basis," he explained.

Yesterday also saw the launching of the organisation's logo, which was created by Adi Putera Abd Hamid.

Gemilang Association of Tutong District was established on September 28, 2004. (ODM1)